Mr Clarke joined the WCKA in 1987 and quickly adapted to this very fast and exciting fighting style. Under the instruction of Master Clifton Brown, Mr Clarke fought at Welsh and British Championships with great success and after 3 years of Semi Contact (Points Fighting) turned to Full Contact. It was in Full Contact that Mr Clarke spent his years ahead and fought around the UK as a Middleweight. His classes were mainly Full Contact classes, using continuous sparring techniques and high energy fitness drills. Mr Clarke returned to Points Fighting in the late 1990s and is currently developing a fighting squad in Full Contact, Light Continuous, Points Fighting and Karate Kumite. As a World Championships Gold Medallist, Mr Clarke is eager to pass on his knowledge and help others achieve top status as competitors. 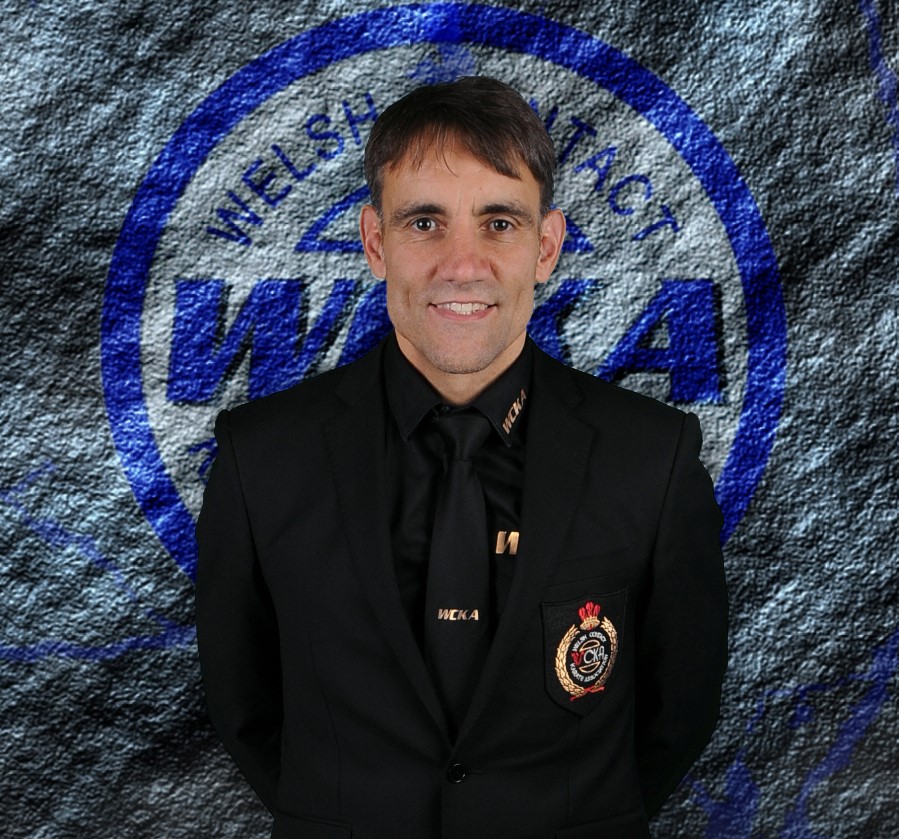